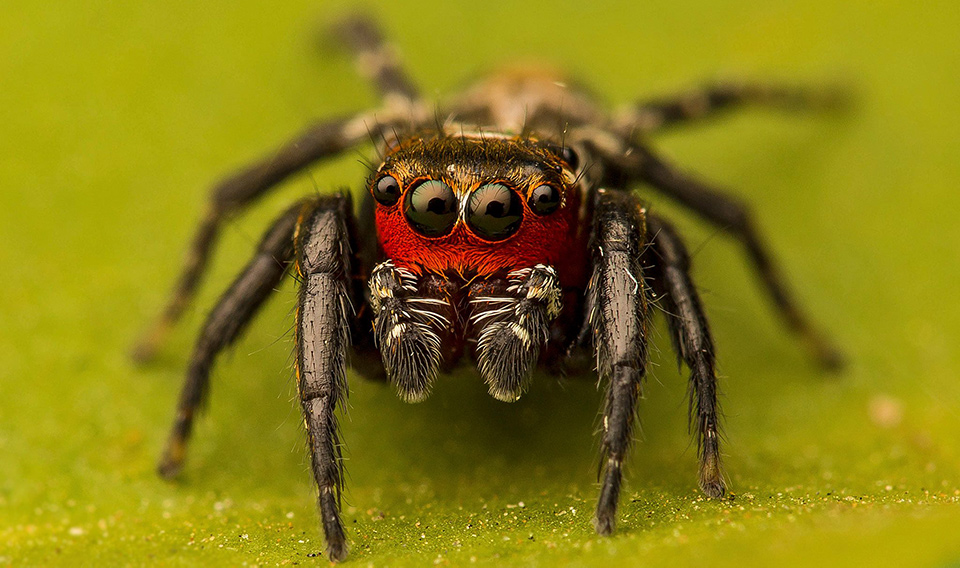 The spider of the month is this jumping spider (Evarcha ignea), photographed by Robert Wienand in Nelspruit, and found by his daughter inside their house.

There are 92 recorded Evarcha species in the world, with 16 occurring in South Africa. The males of E. ignea and E. prosimilis have these red faces, but E. prosimilis has three white patches above the anterior eyes. The October 2020 spider of the month was a male E. prosimilis.

The species name (ignea) is Latin for “fiery” or “hot”, which is also where the word “ignite” comes from. It’s not difficult to see why this species got this name.

An East African species of this genus, E. culicivora, is quite unusual in that it indirectly feeds on vertebrate blood by choosing gorged female mosquitoes as its preferred prey (Jackson, Nelson & Sune, 2005).

Robert photographs a lot of jumping spiders, and is the creator of the Facebook group “Southern African Jumping Spiders (Salticidae)”, but this was the first time he (or rather his daughter) found a male E. ignea.

To vote or to enter the monthly competition, like and join the The Spider Club Facebook page.