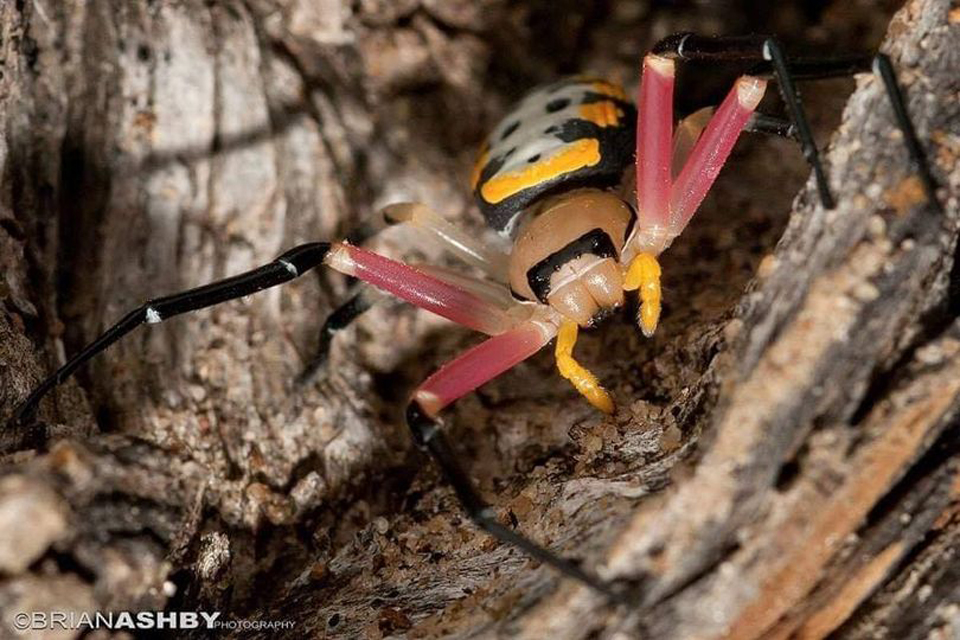 The spider of the month is this flat crab spider (Platythomisus sibayius; Thomisidae), taken by Brian Ashby in the Ngamo Forestry Area bordering Hwange National Park in Zimbabwe.

Brian took this photo in 2015. He found her on the hood of his car after driving through long grass, kept her for the night, and then set her free.

The name Platythomisus comes from Greek, where platys means “flat”, combined with the genus Thomisus, which we call “flower crab spiders” in South Africa.

There are 14 Platythomisus species in the world, and they only occur in Africa and Southern Asia. We have only three recorded species in South Africa.

These crab spiders are some of the biggest crab spiders in the world, with the females reaching a body length of 20 mm, excluding the legs. This specific spider was between 12–15 mm in body length.

Almost nothing is known of the males of this genus, except for P. jucundus (found in Java), where only the male, who is much smaller, is known.

Anyway, thank you, Brian, for showing us our spider neighbours in Zimbabwe. Keep the photos coming!