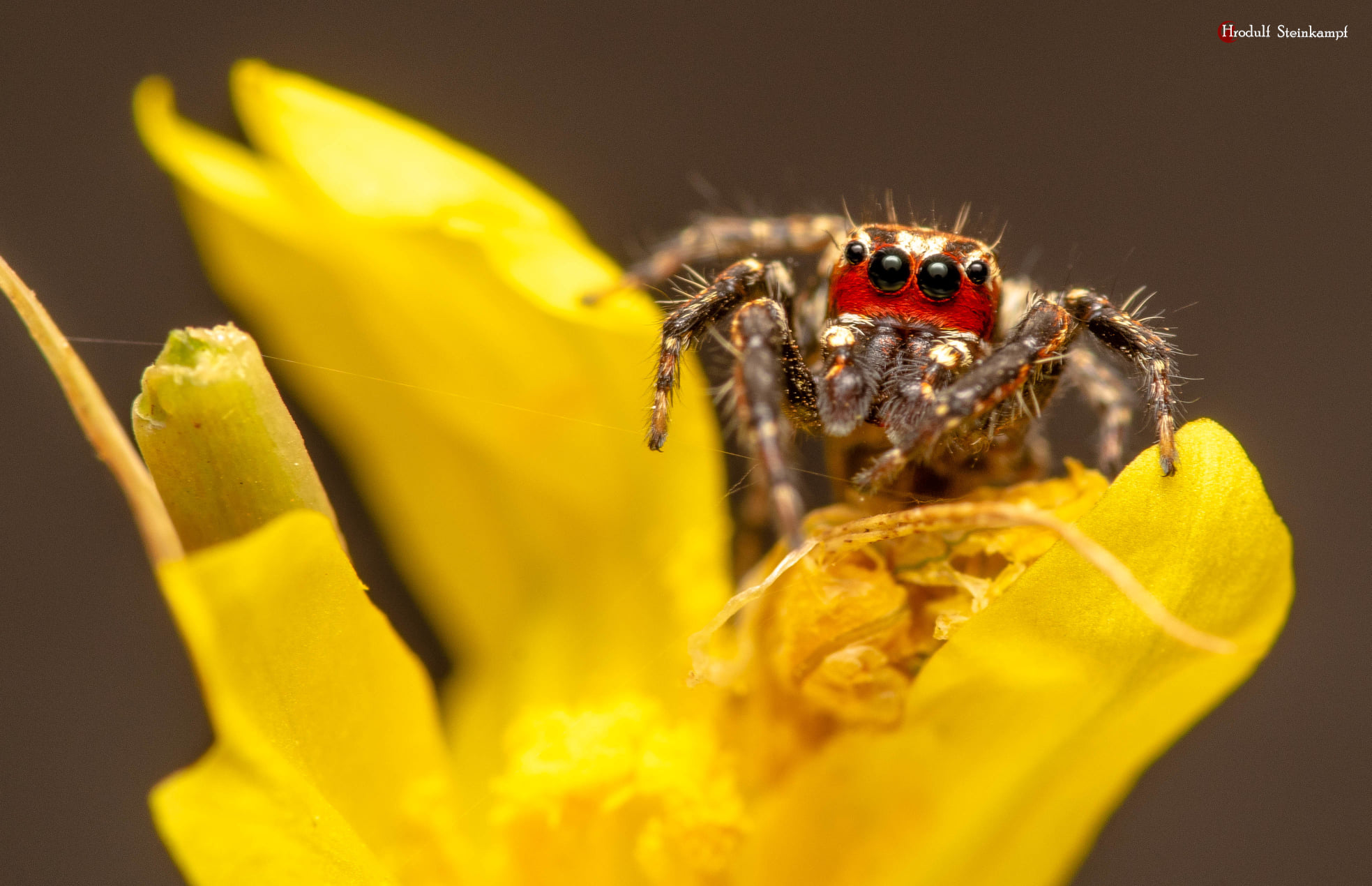 The spider of the month is this male Evarcha sp. jumping spider (most likely Evarcha prosimilis), taken by Rudi Steenkamp (me) in Bloemfontein. There are 92 recorded Evarcha species in the world, with 16 occurring in South Africa. They are generally rather dull in colour (usually brown), but some males are an exception, such as E. prosimilis and E. ignea with these red faces.

I can’t really talk about the other Evarcha species because we seemingly only find this one species around our house, but of all the jumping spiders I’ve photographed, these are by far the “friendliest”. While photographing them, they usually keep jumping on my hand, and from finger to finger. It’s usually quite a schlep to get them off

While they’re plant dwellers, often found on shrubs and in leaf litter, this one was found by Jeanne in our house. It’s a mature male, so he might have been searching for a female.