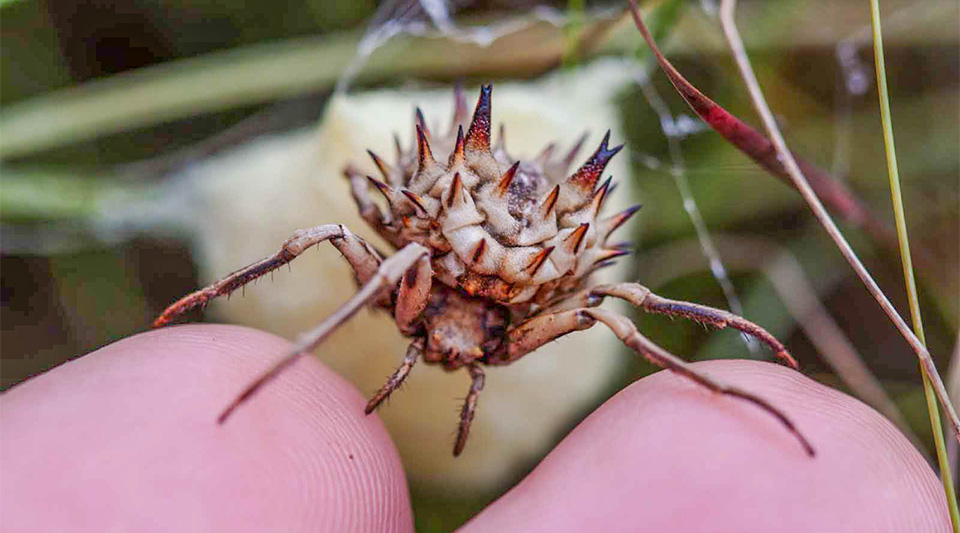 Our March 2022 spider of the month (SOTM) is this hedgehog spider (Pycnacantha cf. tribulus) in the orb-web spider family (Araneidae), taken by Geoff Lockwood. He found the spider in Lakenvlei, Mpumalanga, in calf-high grass, busy guarding her egg sac.

These spiders build a V-shaped web between low vegetation at night, and hang from it, waiting for flying prey like moths. Like the bolas spiders (Cladomelea spp.), they are also suspected to produce a sex pheromone that lures moths, but unlike the bolas spiders, who use a bolas to catch prey, the hedgehog spiders catch prey in flight with their legs.

This is the second Pycnacantha that has won SOTM; the first one being in February 2021. They are rather rare and impressive spiders, so it’s understandable that any Pycnacantha stands a good chance in winning!