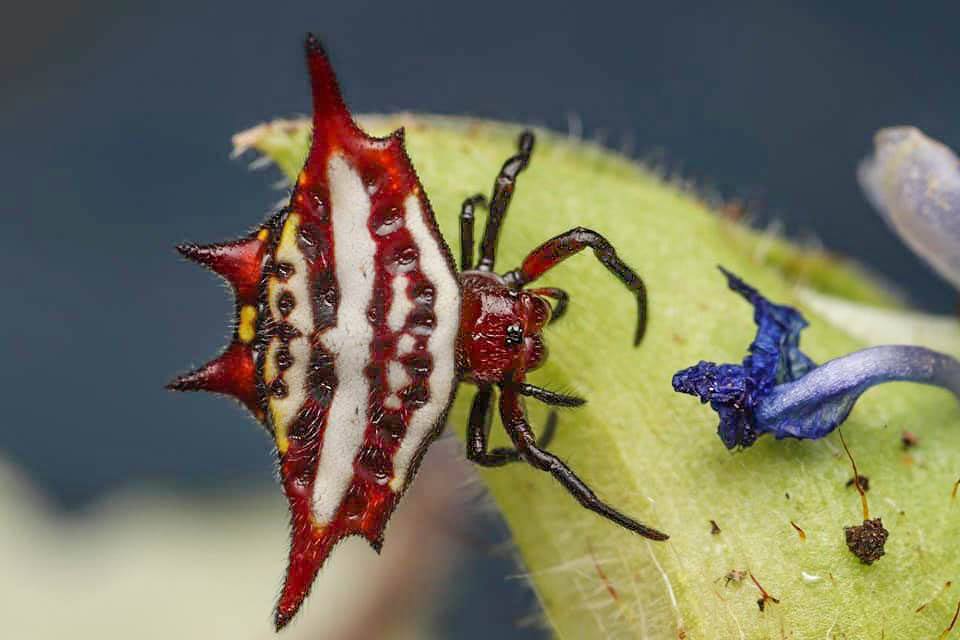 The spider of the month is this medium-wing kite spider (Gasteracantha versicolor), taken by Jacky Collier at Klein Kariba Resort during the AFRAS Colloquium.

While they’re also sometimes called long-wing kite spiders, that name is more reserved for Gasteracantha milvoides. The genus is also called spiny orb weavers, which is in line with the origin of their name (“gaster” is Greek for “belly”, and “acantha” is Greek for “thorn” or “spine”). Versicolor means multicoloured, even though most (if not all) species of this genus are multicoloured. We have five described species in South Africa.

This species is rather widespread in sub-Saharan Africa, mostly in tropical and subtropical regions. They are also found in Madagascar. Only the females of this genus have the “spines”; the males are also much smaller. They are orb weavers, and mostly build their orb webs high between trees or shrubs. They are diurnal and don’t remove their web.

This is the first spider of the month to be chosen by members of this group. It was a very close race between this one and the black button spider. At the cutoff time, this one had one more vote, and at the time of writing this, they were dead even again.

Anyway, thank you all for voting! I think we’ll do this again next month.