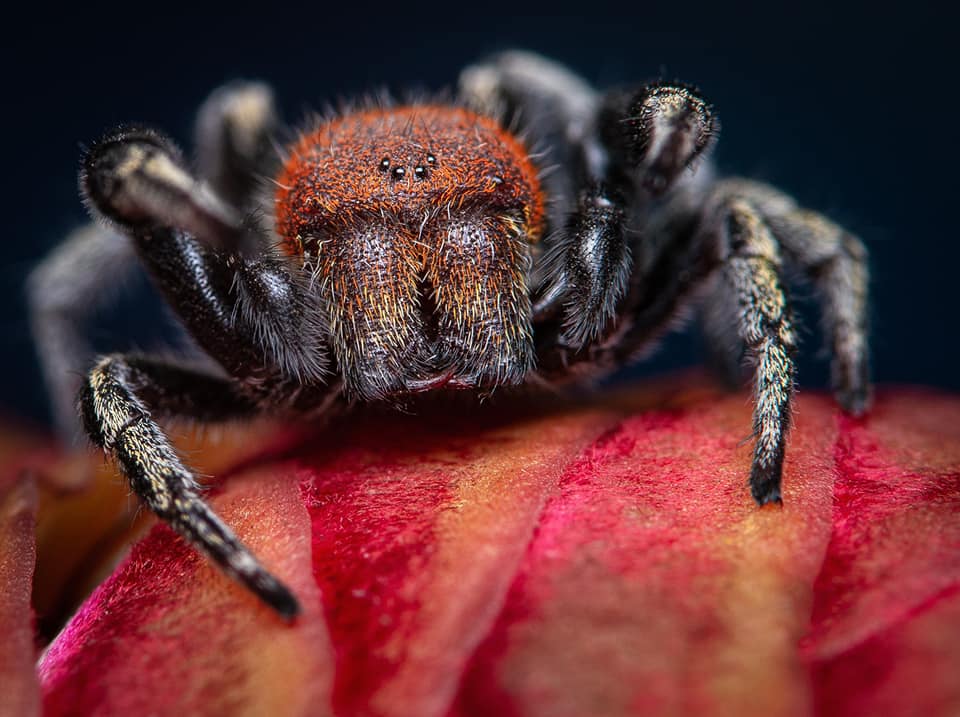 The spider of the month is this male buck spoor spider (Seothyra sp.) in the velvet spider family (Eresidae), taken by Hannes Claassens in Witbank, on a plot next to the Witbank Dam. His neighbour’s son found the spider in a sand pit and brought it to him because he is always seen taking photos of insects and spiders.

There are 13 Seothyra species, all of which are endemic to the sandy areas of Southern Africa and they are found nowhere else. The males often mimic sugar ants or velvet ants. Buck spoor spiders are burrowers and construct a web that resembles buck spoors, hence the name. Under the “buck spoor” web, there is a deep vertical burrow in which the spider hides. Their prey mostly consists of ants.

Some Seothyra spp. practise matriphagy, where the mother sacrifices herself for her young to eat. After her eggs have hatched, and before she dies, she will liquefy her organs, and regurgitate it for her young to eat. When she cannot do that anymore, her young will eat her. It’s a mother’s sacrifice to ensure that her babies have the boost they need for the hard life ahead.

This month, there was no contest for the spider of the month. This buck spoor spider won with twice the votes of the runner-up. Well done, Hannes Claassens, on a rare find and a very good photo!