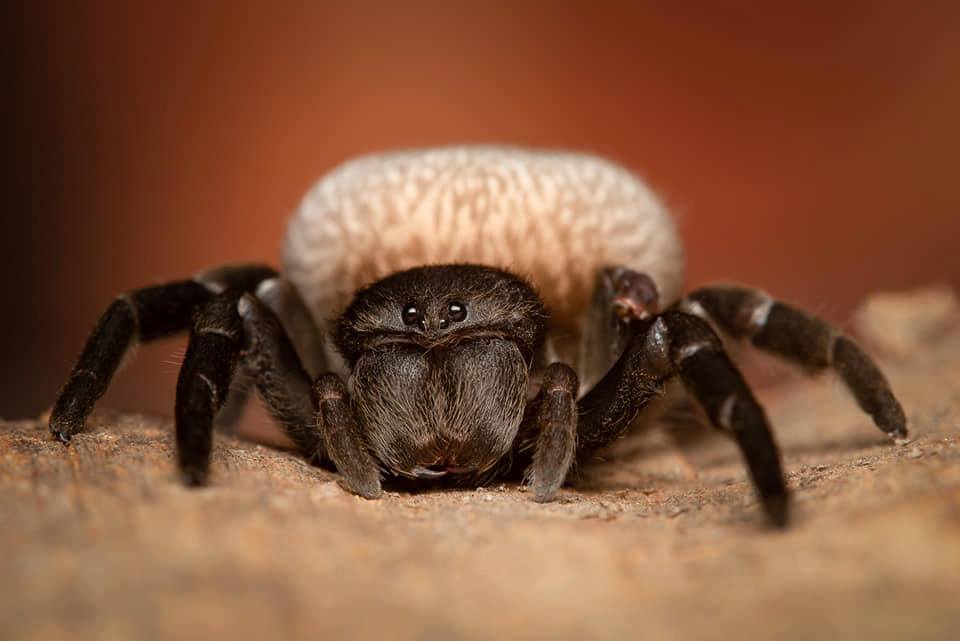 The spider of the month is this tree velvet spider (Gandanameno sp.; family Eresidae), taken by Hannes Claassens in Witbank/eMalahleni.There are only five species in this genus, and they are only found in Southern Africa, specifically South Africa, Namibia, and Malawi.

They are often found on and under tree bark, where they spin their sheet-like cribellate (woolly) webs, which serve as a retreat, a signal web, and as a place to lay their eggs. Despite the common name, not all tree velvet spiders are arboreal, and some live on the ground, often under rocks, bark, etc.

The Eresidae family is a rather small family, represented by only 98 species in nine genera. In South Africa, there are about 50 species in five genera.

While their webs differ greatly between genera, most of their webs are signal webs, which means that when the prey touches the web, it doesn’t get stuck in it, but rather signals its presence to the spider, who then dashes out to catch the prey.

They get their name from their velvety appearance, and due to their soft and plump appearance, together with their docile nature, they are a favourite spider among many people on this group (which is also apparent by the number of votes).

This spider was another clear win, with twice the votes of the runner-up. Since all the spiders chosen as candidates for the spider of the month are spectacular, they will earn their spot in the next newsletter.

Well done, Hannes, on your second spider of the month! Keep the photos coming!