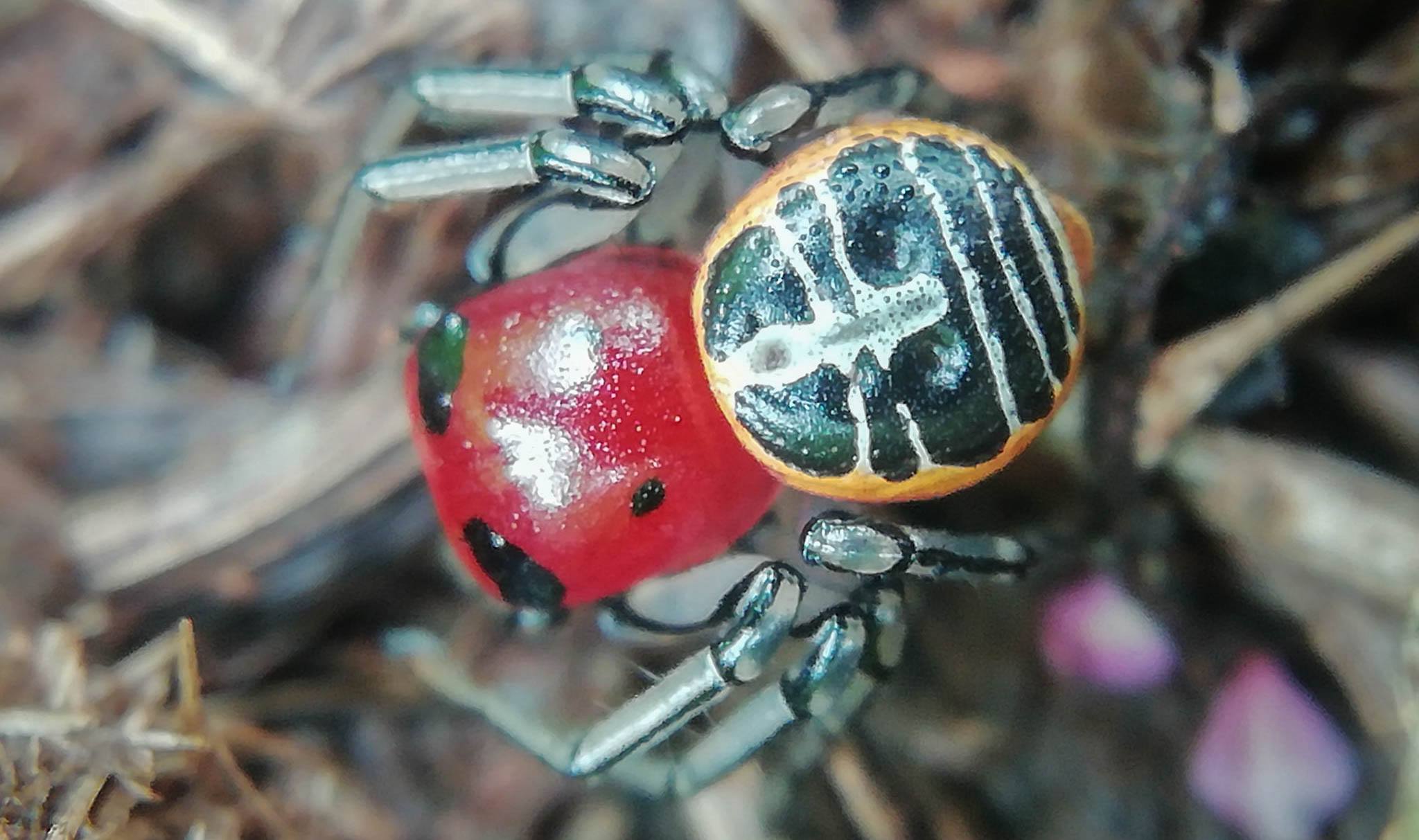 Our spider of the month is this Camaricus nigrotesselatus found by Kelly Gottschalk in Sabie, Mpumalanga. She was busy photographing some bird’s nest fungi when this spider popped up from underneath.

Since this spider almost looks like a Christmas tree ornament, we chose her as December’s spider of the month.